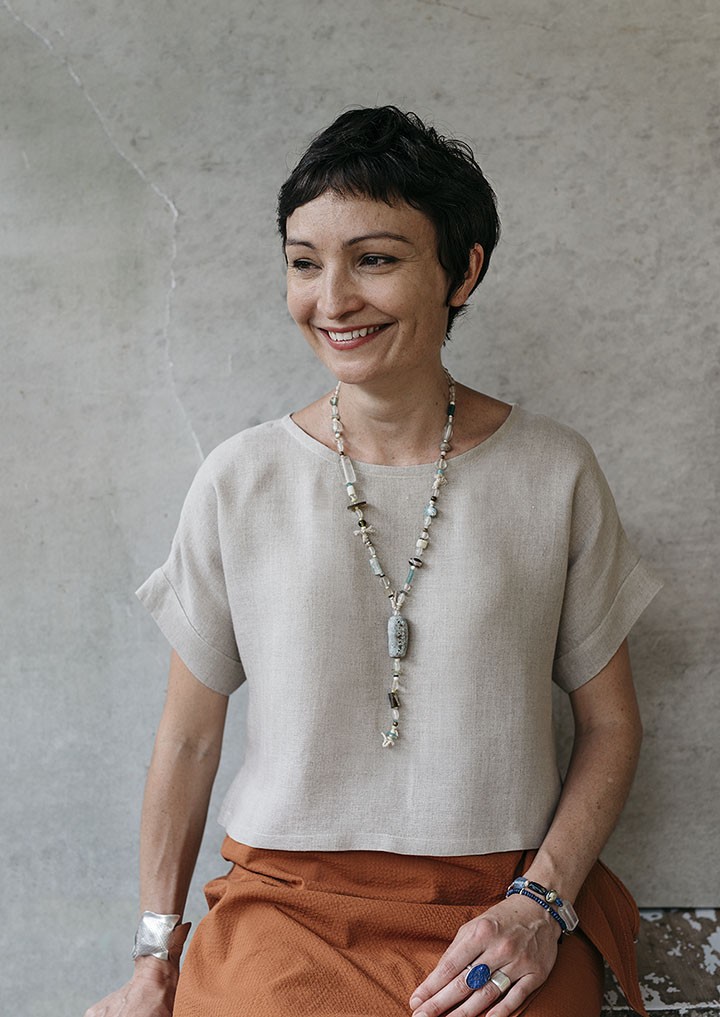 My name is Rose and I’m a ceramicist and tour leader from Brisbane, Queensland, Australia.

It is no great secret that Italy is a country that I adore. Since first travelling there I have made it my mission to return as often as possible. The first time that I journeyed to Sicily I fell in love. I had been fascinated with this enchanting island long before I set foot on her ancient soil. Sicily has turned writers into poets, and painters into artists, and it has given new inspiration to my ceramics. Sicily is a land of many contrasts. At first, I was struck by her decaying beauty. The crumbling monuments of past civilisations are dotted across the landscape, and they are a visceral reminder that you are not the first to be cast under the intoxicating spell of the island and you certainly won’t be the last.

Travelling around this ancient island, I have found so much joy in experiencing the simple pleasures. Watching in awe as the sun’s last rays stretched out across the horizon and melted the sea into a pot of liquid gold is always breathtaking.  I journeyed west, to the ancient salt pans of Trapani, where the combination of hot African winds, long sun-drenched days and shallow waters present the perfect environment for natural salt, rich in minerals and free from any chemical treatment. Entering the heart of Sicily, the vast fields of blood-red poppies and wildflowers scatter the landscape like an old patchwork quilt. Little stone farmhouses surrounded by their crops of pale wheat remind you why this fertile land was once known as the breadbasket of Rome. Moving towards the south, I visited the sedimentary rock formation known as the Scala dei Turchi (Stair of the Turks). I watched as local Sicilian boys took running leaps from the edge of the cliff, to land with a mighty splash into the deep turquoise waters below. I sat and wondered how I could possibly make this moment last for an eternity. The scirroco (the warm Mediterranean wind) reminded me that I was now closer to Africa than to mainland Italy. I made my way to the beating heart of Sicily, on the island’s far east, to see the sleeping beauty Mount Etna. Europe’s largest and most active volcano, Mount Etna’s rich volcanic soil dotted with lush verdant vegetation left me feeling like I had entered a parallel universe. It is easy to see why the ancient Greeks wrote so many myths surrounding this sleeping giant. As I stood staring into the abyss of one of the smaller craters, I could almost see the eye of Polyphemus staring back at me.

Of course, a trip to Italy is not only about the people and places but also experiencing the wonderful food. Nowhere is this more apparent than in Sicily. Perhaps because of the history of isolation but most especially because of the many diverse cultures which have invaded these shores, the Sicilian cuisine is very special. A coastline abundant in fishing practices, combined with a vast area of the island’s fertile soil producing a variety of agriculture, results in a rich culinary tradition. I have enjoyed the flavourful rice arancini at local markets, ate my fill of freshly caught tuna accompanied by pistachio pesto on the water’s edge, tasted the best cannoli while visiting a cheese farmer, indulged in the delicious pasta con le sarde, and of course tasting many of the beautiful regional Sicilian wines.

There can be a myriad of reasons why are our hearts and minds are drawn to one particular place over another, some logical others simply emotional. However, there is a certainty that I can count on, Sicily will be a long-standing romance, and a place I will visit again and again, to seek out new inspiration and to visit old friends and make new ones.

Join me as we travel this magical island together and seek out a little inspiration for yourself. 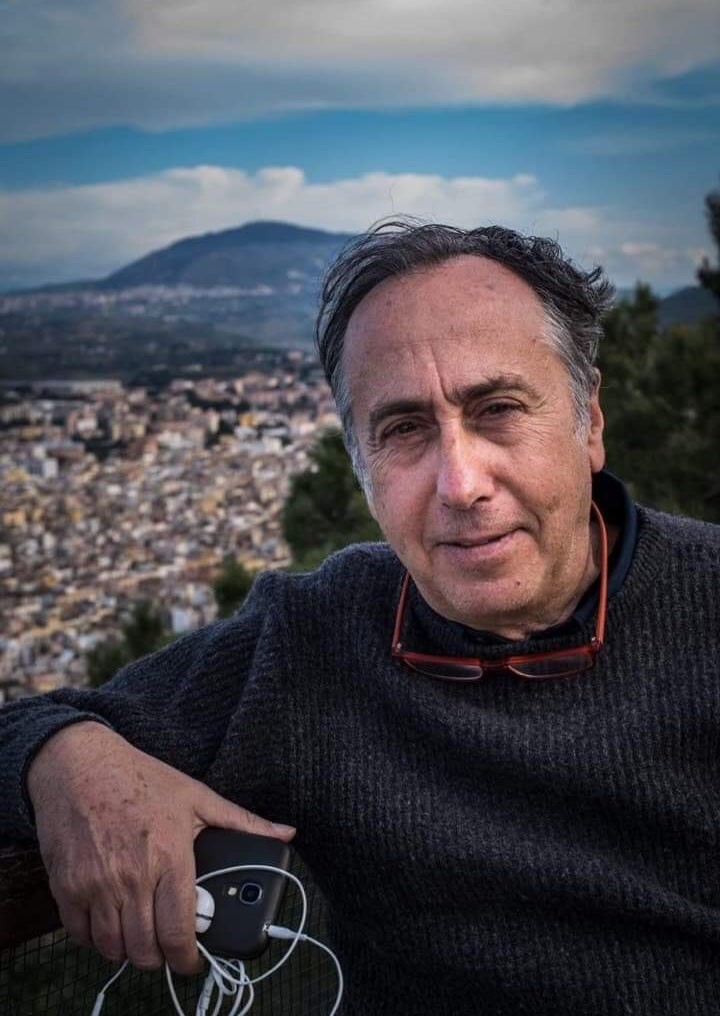 My co-host and dear friend, Ciro Grillo, is Sicilian born and bred and a passionate advocate of his beautiful island home. As a graduate in Geology from Palermo University, Ciro has spent his career working for the Department of Cultural Heritage of Sicily. Since his retirement last year, Ciro, now a Sicilian travel specialist, focuses solely on his tours through Sicily Routes, his company which enables descendants of Italian heritage to trace their Sicilian ancestry.

Ciro’s passion and curiosity for the beauty of his homeland has inspired his love for the natural environment and sparked his curiosity to travel the world. As a passionate photographer and self-confessed globetrotter, Ciro has travelled across countries and continents, always with his beloved camera in hand. As with most Sicilians, the sea and saltwater runs through his blood, and he loves nothing more than spending time by the sea, snorkelling, diving and enjoying delicious local food. Dividing his time between his hometown of Ventimiglia, a tiny charming town in the province of Palermo, and the capital city itself, Ciro can often be found riding his beloved motorcycle between the two.

Ciro has a lust for life and an innate sense of adventure and his curiosity for the world around him is a constant source of inspiration for his work. His joy for travel has given him a fascination for different cultures and he loves meeting new friends from around the globe.

Ciro has worked in the tourist industry for 27 years and has extensive knowledge and experience in guiding small group tours throughout Sicily. He works very closely with selected local tour guides, and together, our insider knowledge and expertise will help you discover the authentic Sicily that you will always remember.

Due to the current worldwide situation, our existing fully booked 2020 tours have been postponed until further notice. We are currently working on a delicious Food & Culture itinerary for our brand new tours to be released shortly.

Over the coming months, Ciro and I will be spending our time researching, both virtually and on the ground in Sicily, to discover many new and beautiful destinations. We want to share with you our love and appreciation for the island of Sicily and we are determined, now more than ever, to promote this jewel in the Mediterranean.

Until then, we hope you can enjoy a little Sicily inspiration through our Instagram page and continue to dream about your future travels with us.

For more information, please contact me (Rose) via the booking inquiries section.

NEW 2022 TOURS AND PRICES TO BE ANNOUNCED WHEN AVAILABLE.

The tour is open to ages 18 and over and both singles, couples, friends and relatives are welcome! 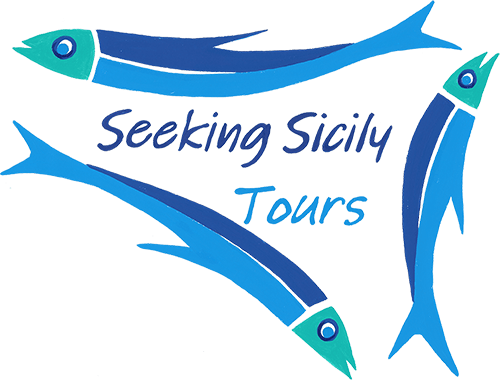